Another day of pressure on short end, 2nd week of outflows

Triple-A yield curves saw cuts of up to nine basis points on bonds five years and in, depending on the curve, while U.S. Treasuries made small gains to close out the session.

Investors pulled $229.263 million out of municipal bond mutual funds in the latest week, versus the $635.177 million of outflows the prior week, according to Refinitiv Lipper.

“Today what we’re seeing, the cuts along the curve — certainly the front end — are somewhat tempered in all likelihood because of the favorable tone in the Treasury market,” said Jeffrey Lipton, managing director of credit research at Oppenheimer Inc.. “If Treasuries were selling off today, cuts in the muni market would be more significant.”

Despite this, the short end of the muni curve continues to feel downward pressure, with a more pronounced two-handle in those spots, even as USTs are exhibiting strength, Lipton said.

Short muni-UST ratios were simply too expensive for too long, and he said the market is now seeing some long-awaited adjustments.

Throughout much of the summer there were compelling technicals given the reinvestment demand and wider supply conditions, Lipton noted.

“So that reinvestment demand, while not completely going away, has retrenched to some extent,” he said. “And we have to wait to see what the [new-issue] calendar looks like heading into September and October.”

He noted that “in many respects, muni technicals in the overall demand dynamics will help to support muni performance through the remaining months of the year.”

“We are still anticipating significantly better performance during the second half than we saw than we saw during the first half of the year,” he added.

July was a very good month for bonds, while August is negative returns and is shaping up to be more challenging.

“It’s highly unlikely that muni returns will end the year in positive territory,” he said.

But while he does not believe the returns will end the year in positive territory, he does expect meaningfully better performance between now and the end of December.

“There’s a possibility the second half of the year could still wind up being much better than the first half of the year,” he said. “Municipals continue to benefit from a favorable credit backdrop, and that’s not going to go away anytime soon.”

Muni CUSIP requests decline
Municipal request volume declined in July, following an increase in June, according to CUSIP Global Services. For muni bonds specifically, there was a decrease of 30% month-over-month and 19.7% year-over-year.

The aggregate total of identifier requests for new municipal securities, including municipal bonds, long-term and short-term notes, and commercial paper, fell 23.6% versus June totals. On a year-over-year basis, overall municipal volumes were down 17.3%.

FOMC redux
The minutes “still shows a Fed determined to bring inflation down, but even just an acknowledgment of risks to the other side of the mandate (via over-hiking) read to us as slightly dovish,” said Blake Gwinn, head of U.S. Rates Strategies at RBC Capital Markets.

Mickey Levy and Mahmoud Abu Ghzalah of Berenberg Capital Markets said the FOMC reaffirmed “the Fed’s inflation-fighting resolve, while simultaneously stressing uncertainties over the economic outlook and disagreement among economic data that will complicate the Fed’s new mantra of ‘data dependence.’ ”

The minutes suggest that “with inflation ‘unacceptably high’ and liable to ‘stay uncomfortably high,’ participants will look to move rates into restrictive territory in the near term,” they said.

But even as participants pointed to signs of a “broad-based softening in economic activity” and “slowing growth in consumer spending,” the decision to implement a 75 basis point rate hike in July was unanimous, “underscoring the Fed’s anti-inflation resolve,” they said.

“Together these are likely to prompt the Fed to maintain its current hawkish stance,” Levy and Ghzalah said.

But due to the downside risks to economic activity, FOMC participants are cautious, “noting that long and variable lags associated with monetary policy transmission raise the ‘risk that the committee could tighten the stance of policy by more than necessary to restore price stability,’ and that the full impact of rate hikes on consumer prices was ‘not yet apparent,’ setting the stage for an eventual pause,” they said.

While they don’t believe a Fed “pause” or “pivot” is forthcoming, the minutes indicate FOMC participants “think it will likely be ‘appropriate at some point to slow the pace of policy rate increases to assess the cumulative effects of policy tightening.”

“Broad core inflationary pressures, robust nominal wage gains, and solid payroll employment gains as factors that would tilt the Fed toward a 75bp rate hike in September, but thereafter expect the pace of policy rate increases will step down to 25bp at the November and December FOMC meetings,” they said.

Gwinn doesn’t see July’s meeting minutes as “delivering any meaningful shift in Fed expectations.” Additionally, the minutes underlined the Fed’s dependence on data, which he thinks “will be riding on the slew of top-tier data” into the September FOMC meeting.

He said he sees a 50 basis points rate hike in September and November, followed by 25 basis points in December as the base case, “with the upcoming data having to show a retrenchment in inflation and/or very robust job gains or activity to clear the bar for 75bp.”

Stifel Chief Economist Lindsey Piegza concurred with Gwinn, saying “as long as the market maintains expectations for a 50bp hike, currently at 60% probability, the Fed is likely to capitulate to a reduced increase while still emphasizing its commitment to controlling inflation.”

But, if the “August inflation report comes in hotter than expected, redirecting market expectations to a larger hike,” she said this will most likely result in a “third-round 75bp hike.”

Munis extend selloff on front end, calendar rebounds to $6.2B 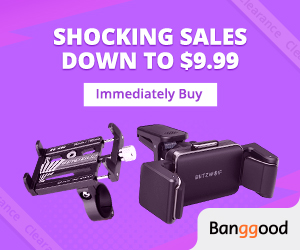 : ‘If the FDA is expected to do more, it needs more’: FDA investigation into baby-formula crisis points to its own shortcomings. But shortages...